I recently had the pleasure of covering former U.S. Sen. Olympia Snowe’s appearance at Lesley University’s Boston Speakers Series in Symphony Hall. Since my days living in Portland, Maine, I have been a fan of the Pine Tree State Republican. Her several decades as an elected official were a showcase of that rare politician exhibiting the ability to hew to one’s 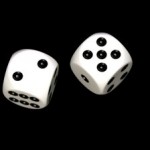 convictions, while still working effectively and without acrimony.

Olympia Snowe was a true Capitol Hill maverick — she didn’t just play one on TV.

She is also a true believer in the possibility of a bipartisan Congress and  the ability of citizens to demand a better government than they’re getting, and that’s where we disagree. I believe no amount of legislative finagling will override the influence of big-money special interests, the true constituents of contemporary congressional representatives.

But one thing can keep them in check, at least to some extent: the cold hand of chance.

The U.S. House of Representatives, or at least a significant portion of it, should be selected at random. Does that sound reckless or irrational? Jury pools are constituted this way, except for the several individual jurors removed by prosecutors and defense attorneys through challenges before trial, and their replacements come from that same randomly selected pool.

Society has no problem with ordaining a dozen people pulled from the ranks for registered voters to decide on the life or death, the liberty or incarceration, of a convicted criminal, and the guilt or innocence of the accused. Are not these decisions as important as the power to tax, allocate highway expenditures or hold hearings on the malevolent influence of comic books, popular music or television shows?

We could start small by designating one representative from each state to be chosen at random. That way, we can count on at least 50 members of Congress to be free from the need to curry favor with campaign donors, often at the expense of the interests of the people.

Give chance a chance. We just might luck in to a better government.