That was the sign, handwritten in permanent marker on butcher’s paper, hanging in the weight room of the Portland Expo, where the Portland High School 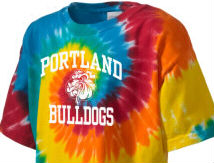 football team, the Bulldogs, built the foundation of brawn to carry them through each season. The sign set a tone of one-day-at-a-time, eyes-on-the-prize rigor and motivated young student-athletes in Maine’s largest city.

I first saw that sign a quarter-century ago, my work then as a teacher’s assistant having given me and a colleague after-school access to the room housing the football team’s Universal Gym and free weights when they weren’t otherwise pressed into service.

“Losers make excuses. Winners make commitments.” That legend was rendered by an inner-city high-school coach to steel teenage boys against the cross-town, more affluent Deering Rams and for the annual “Battle of the Bridge” against the vaunted Red Riots of South Portland. But, like the picturesque and lifesaving lighthouses that dot Maine’s coastline, its message has penetrated the fog of 25 years of false starts, missed opportunities and alcohol-assisted wasted time.

Over the last fortnight I’ve missed a few days of my own 15-minute Commitment. I could try to explain it but, at a minimum, that would be antithetical to my new year’s resolution and, anyway, I’m back on track.

Besides, any explanation would simply be an excuse and, well …