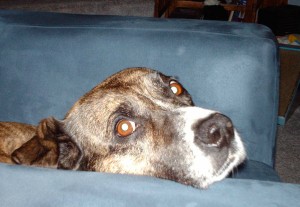 One thought on “My dog, Bill Belichick and me”