You’re in Las Vegas. What’s there to do in this town? What isn’t there to do, right?

Well, if you’re not much of a gambler, don’t like to stay up late and could do without some of the hubbub that makes Vegas an enchanting destination for millions of tourists every year, 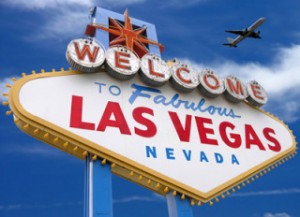 here are a few things to check out. None of them costs a lot of money, and none will get you in trouble with your baby, if you’re traveling solo.

Party animals
For two sawbucks, check out Sigfried & Roy’s Secret Garden and Dolphin Habitat. Not only can you witness majestic beasts (who, I concede, are enclosed) this zone offers a tranquil oasis from the hullabaloo of the Vegas Strip. Hard to believe, since it’s housed in the MGM Mirage, smack dab in the middle of the Strip. Miracle of sound-proofing, I guess.

This is really the only big cat game in town, as the MGM Grand closed its lion habitat. Too bad. It was free and impressive, even if those kings and queens of the Plexiglas jungle tended to be older and woozier than their cousins at the Mirage. That’s the thing about Vegas: You hear about something interesting, see it now, since things tend to disappear like Teller during Penn & Teller’s not-to-be-missed act at the Rio.

And speaking of things disappearing, the swell Shark Reef Aquarium at Mandalay Bay ($18 for adults) used to have the only hammerhead shark in captivity in North America, but no more. Still, as I said before, this aquarium is swell and yet another respite from the frenetic pace of the Strip.

Full tilt boogie
For a wholesome pastime, but with the frisson of delinquency, you can’t beat pinball. And for pinball, except for the golden memories of misspent youth, you can’t beat the Pinball Hall of Fame, just off the Strip at 1610 E. Tropicana, and it’s free.

At least I doubt you can. I haven’t actually been there, yet, myself. Let me know if it lives up to the hype I’ve dreamed up. If it’s still open.

Learn something, why don’t ya?
If you’ve got a car or a bit of cab fare, check out the pleasant and occasionally riveting Nevada State Museum, which is now closer to the Strip than when I visited it years ago (it was then in the surprisingly pastoral-for-Vegas Lorenzi Park).

It’s part of the Springs Preserve at 309 S. Valley View Blvd., and though its admission price of just under $20 seems a bit steep, this place will show you the history of old-school Vegas (including exhibitions about the mobsters who built the city) and really old-school Vegas (a study of geology, fossils and wildlife). There’s also nuke testing info, neon signs, old slot machines, video on the construction of the Hoover Dam — you name it. Anything you need to know about Vegas and the Silver State to bore your friends with at a cocktail party is contained in this museum. Don’t be put off by its crappy website: please believe me when I say this place has the goods.

What else is there?
Thrill rides aplenty, from a nifty roller-coaster at the New York, New York hotel and casino,  to a couple of rides at the Stratosphere.

But I’ve found the most thrilling ride of all, and one of the cheapest, is to just get behind the wheel and drive out to the desert to dispose of a body gaze at the stars, and then drive back into the city, seeing the Strip’s resemblance to strings of Christmas lights being tested on the living-room floor.

Know of any fun, cheap and vice-free Vegas attractions, lay ’em on me!