Popular culture today is replete with gurus whose chief aim is to help you and I save money.

Sure, they’re often hawking their own frugality tools, their “Total Money Makeovers,” their “21-Day Financial Fasts” and their “Action Plans,” but I believe their hearts are in the right place.

That is, they’re in it for the money, but only in the best possible way. They’ve either grown up poor, made lots of money and blown it or made lots of 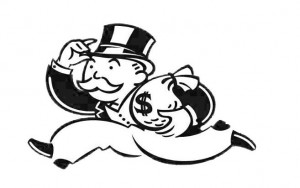 money and kept it. To a person, they give terrific and important advice.

An industry devoted to helping customers hold fast to their money might seem paradoxical, but on the whole it’s a good thing.

Except when it’s not.

At some point today, one of my favorite celebrity savers tweeted a link to something written by one of his website’s contributors. This article promised to show readers how to save big money — or,  more accurately, “$$” — by making their own laundry detergent! You can read this yourself, but it showed how some savvy purchases of bar soap, borax and a few other ingredients, and the commitment of about 20 minutes of one’s time, would yield huge dividends in the form of the avoidance of ponying up serious coin for laundry detergent.

Step one was, seriously, use a cheese grater to shred the bar of soap.

I live in one of the more expensive parts of the country, but I’m confident I’ll never have to pay more than, say, six bucks for a half-gallon or more of laundry detergent. I’ve got six bucks, so do you. So does probably everybody you know or, if he or she doesn’t, he or she could certainly find a faith community or even a charitable individual to stand them to a bottle of Purex, Arm & Hammer or even the Market Basket brand.

I have no gripe with DIY-ers who want to give their pioneer spirit a workout by shunning Procter & Gamble, Amway or anyone else who manufactures laundry soap for a living. But I’m concerned that this level of frugality betrays more than a desire to be a responsible steward of the resources one has been blessed with. I think it gets at that “love of money” thing one reads about (or has certainly at least heard about once or twice) in the apostle Paul’s first letter to Timothy.

That is, greed is easy to spot (at least in others) and somewhat less easy to resist (though hardly impossible). Few would set out to live a life entirely based on the acquisition of wealth. Fewer, still, would allow envy to lead them to rob or swindle others of their wealth. Those who would, however, have clearly made a decision to serve money rather than God.

Yet isn’t our fixation on squeezing every last penny another manifestation of idolizing money, of somehow not trusting God to provide?

Stretching a buck has always been wise, especially when times are tough — as they have been for so many of us for so long. But I wonder if too many of us have made something of an idol of a sustainable, thrifty ethos. It’s a softer idolatry, perhaps, than a rapacious desire for money and things. However, we have to be willing to question what we might be squandering while we’re busy saving.